Learn More About Our Heritage at Shrock Premier Construction

A Rich Heritage, a Bright Future...

Our custom home, commercial building, and renovation business is proud to have its roots planted firmly in the Amish faith and tradition. In the late 1700’s, our ancestors traveled to America from Switzerland and Germany for freedom of religion and for a new land where future generations could live a peaceful and holy lifestyle. We strive to make our lives both pleasing to God and of value to others throughout all of our personal and professional endeavors. Our work ethic, combined with our genuine love to build with integrity and quality, is an old world tradition handed down from generation to generation. And, interwoven into every project is a very personal sense of pride.

A Word from Our Founder, Joseph Shrock...

My father Melvin Shrock, after working for a respected home builder in Central Ohio, started his own construction company in the 1960’s near Sugarcreek, Ohio. He built homes, barns, and many other projects throughout central Ohio. I officially acquired the company in 1984, and was blessed with a desire to transform this company into a superior construction company with a first class team. The Shrock team has been making dreams come true with completed projects (both commercial and residential) throughout surrounding cities such as Ashland, Wooster, Mount Vernon, Medina, and Columbus, Ohio.

We Are Proud Members of the Following Organizations 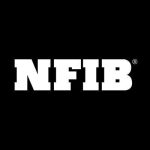 “Thanks for a beautiful house and a terrific building experience!”

“Thank you for your kindness and the wonderful job. It was greatly appreciated.”

“Thank you so much for a wonderful job on our renovation! It is just perfect!”